Even the best-built truck or vehicle will suffer a breakdown eventually, and that means at some point every truck owner will be looking for replacement truck parts. But before you head off to an official dealer and order brand new parts direct from the manufacturer, there's another option you may want to consider. There are several benefits to buying used truck parts and you won't have to give up any performance to take advantage.

Auto and truck parts that end up in landfills not only take up space, they can also take many years to decompose. Every time you purchase a used truck part, that is one less part that is going to end up in a landfill somewhere. Sure, it's just one item, but if more vehicle owners switched to buying used parts, it would make a significant impact, so why not at least do what you can to help.

Keeping a used part out of a landfill isn't the only benefit to not buying new. When you buy a used or aftermarket part, consider that by not buying new, that is one less part the manufacturing plant is going to have to replace on the store shelves. Manufacturing requires energy, of course, and may also emit pollution into the air. Finally, the metal that would have been used on the new truck part can instead by repurposed towards some other task instead.

Find a Precise Match for an Older Vehicle

While it's great to want to save the environment, there's also a very practical reason to buy used parts instead of new. If you are the owner of an older or vintage truck, there might not be an exact match for what you need still on the market. Sure, there might be a new part that will get the job done, but if it's not made directly by the manufacturer, it won't feel authentic to you. By going to a supplier of used truck parts, you'll be able to get the exact match you need for your vintage vehicle.

Obviously, buying used auto and truck parts is less expensive than buying new. But buying used is also a great way to "go green" because it will keep parts out of the landfill and will lower the human population's energy consumption, if only by a little bit. In some cases, buying used might also be the only way to maintain an authentic build under the hood of your vintage truck or car. 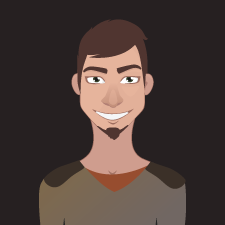